Are your google searches hurting the environment?

Is checking your email and streaming a movie affecting the planet? Yes, but it’s not as bad as you think.

If you’re one of the 4.1 billion people who use the internet worldwide, then you’ve probably checked your email, sent some texts and maybe even watched a YouTube video today after someone sent you a link. As the day goes on, you’ll do more activities online as we now count on the internet to do so many things for us from organizational tasks to entertainment.

So how much energy do we actually use?

From the energy needed to run each of our devices to the energy it takes to run the vast servers and cloud services, it’s estimated to account for 3.7% of global greenhouse emissions and are predicted to double by 2025.

Many companies claim to power their data centres using renewable energy, but many are still largely powered from the burning of fossil fuels. Many of the major cloud providers have pledged to cut their carbon emissions.

According to Google, an average user – someone who performs 25 searches each day, watches 60 minutes of YouTube, has a Gmail account and accesses some of its other services – produces less than 8g (0.28oz) CO2e a day. While that’s a good figure, I’ll bet you still didn’t realise that casual internet usage used even that much energy.

Streaming your favourite movies and TV shows now counts for up to 60% of the world’s internet traffic and generates 300m tonnes of carbon dioxide a year. But some experts insist that the energy needed to store and stream videos is less than more intensive computational activities performed by data centres.

According to Netflix, its total global energy consumption reached 451,000 megawatt hours per year in 2019, which is enough to power 37,000 homes, but insists it purchases renewable energy certificates and carbon offsets to compensate for any energy that comes from fossil fuel sources.

Streaming music? It’s been shown that if you want to listen to a song more than 27 times, it’s actually greener to buy a physical copy of it rather than streaming.

The numbers above don’t even take into consideration that during the hard lockdown in the beginning of the COVID-19 pandemic, a study from Yale estimates that internet usage increased by up to 40% worldwide. This spike in online activity triggered a demand for up to 42.6 million megawatt-hours of additional electricity to support data transmission and to power data centers.

So what can I do about it?

While there are bigger issues surrounding trying to curb greenhouse gas emissions, this shows that our online habits can still have a negative impact and it’s up to us and the companies that serve us to do a better job of cutting down emissions.

How to Reduce your Online Energy Use If you love colorful clothes and fun prints but are still convinced that sustainable fashion... This season is a mix of super comfy and cozy pieces and also some festive... Looking for a sustainable gift ideas for clients or for employee appreciation? Or maybe eco... 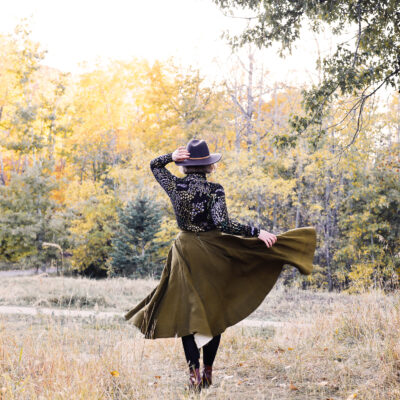 Last Updated on November 16, 2022 After a summer of home renovations and wearing dirty...