A couple weeks ago I experienced a forest fire. We were on a trip spending some time in the Okanagan which the night before had a huge lightning storm that started 20 fires in the area. There was a plume of smoke at the top of the mountain when we arrived and we watched it grow and move down the mountain throughout the day. Surreally we spent the evening sitting around with neighbours sipping wine and watching the glow of the fires and occasional columns of flames as whole trees caught. One was south of the town and another across the lake. We listened to updates of how our host’s friends down the road were being evacuated, reassurances that the fire wasn’t moving towards us and if winds changed there would be plenty of evacuation notice. Everyone was remarking how strange it is that something can be so devastating and beautiful at the same time, and it was weirdly beautiful to watch, the same way the flickering glow of a campfire is mesmerising. Binoculars were passed around and as the sun set the glow of the fires intensified.

Unlike the residents we had no home to worry about and all our belongings were basically packed up and ready to go. Our host came back with a stack of photo albums from their friend’s place and I considered what I would grab if a fire was moving towards our home, grateful to never have had to make that decision.

We’ve left but the area is still burning; more evacuation orders have been put out but also fortunately rescinded and the last update I heard is that the one nearby fire reached over 1700 hectares but is being held. However the crazy thing is this is happening all over the world and at a much larger and more damaging scale. California is experiencing huge fires, and over in Europe Sweden seems to finally be on top of their fires (they had over 80), Greece’s fires have been tragically deadly, firefighters in Germany are using tanks because leftover WWII-era ammunition in the ground can be set off by the flames, and this is all exacerbated by a heatwave across Europe.

There’s no doubt that climate change will mean an increase in forest fires. A study commissioned by the EU found that with climate change dry areas are moving more north increasing forest fire risks. Areas of the sub-arctic in Canada, Sweden, and Latvia are burning and Greenland had a large fire last year just south of the ice sheet. According to this CBC Interview these arctic wildfires are even more difficult and damaging – peat moss releases large amounts of carbon dioxide when burned, the fires go deeper into the ground because of the moss and require more water, plus the soot and ash in the air blows north and blankets the arctic ice creating a dark surface and causing it to melt faster.

Forest fires are only one reason on a very long list of why we need to care about climate change, be serious about implementing solutions, and stop politically polarising it.

I’m so thankful I have never had to live through a flood, fire, hurricane or any other natural disaster and can’t even imagine how terrifying and devastating it must be. Although I like to focus on positive stories and personal changes we can make to be more environmentally conscious I think it’s also important to remember why these changes are so important. Sitting by the lake with smoke blurring out the sun and the smell of burning everywhere, watching the fires, I couldn’t help thinking about how this planet is our only home, how we’ve carelessly abused it for so long, and how these kinds of natural disasters are likely going to keep increasing. We’ve already been setting record-breaking temperatures around the northern hemisphere this summer.

Now I don’t want to leave this post on such a heavy note and I like to focus on actionable things – so what can we do?
We all can definitely do our best to reduce our impact and I have lots of videos and other posts here on the blog about ways to do that, but something that is also really important is using your voice politically; contact your reps about climate policies and vote for people and parties who care about the environment and actually have plans and programs to help combat climate change. We need to demand our governments do better to protect our planet. Most of us are familiar with ways to reduce our individual environmental footprint but how... 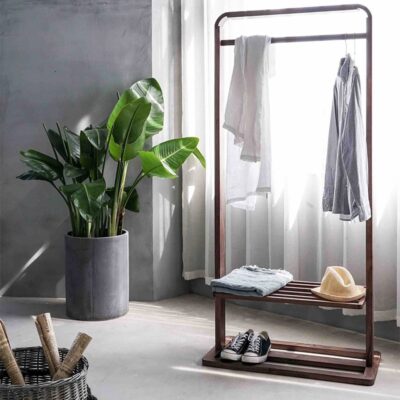 Last Updated on March 9, 2021 I was inspired by this image on Instagram by... Last Updated on November 17, 2022 Daily life is increasingly fast-paced with more work and...